Aggression rehab and behavior modification is something that we do a good bit. It can be one of the most rewarding aspects of dog training, as well as one of the most heartbreaking. Whether it be in house, dog on dog aggression, or fear and anxiety, it can be a long journey.

Probably the hardest situations to remedy is dog on dog aggression, within the same household. Sometimes, this aggression has gone on for months or years before the dogs get to me. I am going to share a personal story to try and shed some light on the rehabilitation process. In my story, I am going to talk about dog on dog aggression in the same household, but the fear and anxiety rehab can be just as difficult, and take equally as long to repair.

This story has quite a lengthy lead in, please stay with me.

A few years ago, there was a Newfoundland on Craigslist. It was apparent from the pictures that the dog was not in very good health. It looked to be extremely underweight. After a visit, it was clear that the dog could not be left with the current owners. Because I had a Newfoundland before, I knew they were gentle giants and not very hard to train. Needless to say, the big guy came home.

Initially things went well. As expected, he was very loving and gentle. Suddenly, things took a terrible turn. As soon as the Newfoundland, an unaltered male, saw my male Doberman, the fight was on. I, being a dog trainer, thought I had the situation under control. I cannot express to you how wrong I was. Within a fraction of a second, I had two 100 pound dogs viciously fighting. In the chaos, I got trapped between them and a sofa, and I was pushed to the ground. Now, not only are these dogs fighting, I was trapped under them. All I could see was teeth, right over my face. I put my hands up to shield my face and the Newfie grabbed my hand. I could feel my flesh rip and my bone crush. Instinctively, I began to punch and kick the dogs to get them off of me.

After I emerged from underneath the dogs, I tackled the Newfoundland. I knew that I could call the Doberman off. You may ask, why didn’t I call the Dobie off right away? Because, he would not have been able to defend himself and may have been seriously hurt. After I tackled the Newfie, I laid on top of him till he quit struggling. I am thankful that he wasn’t in very good shape and exhausted quickly.

At this point, I got the Newfie into a kennel and began to assess the damages. My Dobie had a few minor cuts, but nothing major. The Newfie has a punctured lip and a pretty bad bite on his paw. It seems though, that I got the worst of it. I had a gash in my hand that started between my ring and pinky, and extended down the outside of my hand. When I opened it, I could see that the tendon was cut in half. I couldn’t bend my finger, it would just flop. Off to the ER I went. After many hours, shots, and minor surgery, I was on my way home to sort out the mess.

As you can Imagine, I was furious. This dog had to go! As a matter of fact, that was the first thing that I said as I walked in the door. Little did I know, my then 12-year old son, had been tending to the Newfoundland and comforting him the entire time I was gone. My son, being extremely intellectual, introduced reason into the situation. Little did I know, he had been paying attention, when he had heard me discussing dog behavior to clients, over the phone. He explained that the dog came from a home that was full of a lot of hostility and he was only a product of his environment. How could I argue with that? After much conversation, I agreed to keep the dog. However, there were lots of conditions. I also want to add that aggression toward other dos was not his only problem. He was aggressive toward people, too. If you scolded him, raised your voice, or told him to do something that he didn’t want to do, he would charge you, growling with teeth bared. My son had to agree to be the primary caregiver. He also had to agree to work the dog every day after school, for as long as it took to complete his rehab.

The very next day, we began working obedience and leash protocols. This was no easy task. The Newfie, although still severely underweight, still weighed about 25 pounds more than my son.

These training regimens went on for nearly 18 months. During this time, there were many more fights between dogs. We had so many protocols in place, inside the house and out, to prevent the dogs from fighting, yet they still managed to get to one another occasionally. Needless to say, tensions ran very high in our house. Our lives consisted of baby gates throughout the house, potty rotations, play rotations, affection rotations, walking the dogs together, as well as separately, daily training regimens, and so much more. It was not a fast or fun process. Sometimes, the fights were bad and cost lots of money in vet bills. The Newfie destroyed things in my house, and started marking everywhere. I lost lots of sleep stressing over this dog. However, I made an agreement with my son. He was living up to his end, so I had to honor my word. 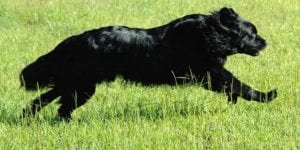 That was almost three years ago. Let me fast forward to today. That Newfie is my son’s service dog. He and my Doberman peacefully coexist. They are by no means friends, or play mates, but they don’t fight. Although the Newfie doesn’t show any signs of aggression, I do not forget that the aggressive behavior is still in there, and I respect that. As a household, we are always looking for the smallest sign of aggression and take quick action, if we see it.

The takeaway is this; Rehab in dogs is a very long, slow process. Although you may have a few setbacks, you have to stay the course. You have to rely heavily on the training and protocols that are put in place. We know what works, we just have to believe in it. It’s up to us to own the situation. Our dogs are 100% dependent on us. We are their safety and their providers. Don’t give in and don’t give up.

Here is one last tidbit. As always, I try to stay vulnerable and real. If my son had not been so passionate about rehabbing this dog, I would have put some training into him, gotten him healthy, and found him a good home, probably one without other male dogs. This is just complete honesty. I never want anyone to think that I run a household with perfect dogs. My dogs, although well trained, mess up to. They occasionally, mess in the house, chew something up, put their muddy selves on furniture that they aren’t supposed to be on, and so on. Dogs are living, breathing, thinking creatures. They will never be perfect, so let’s not give them unrealistic expectations. Keep it simple and doable, and you will see great results. Be consistent, even when you are tired. Stay the course… 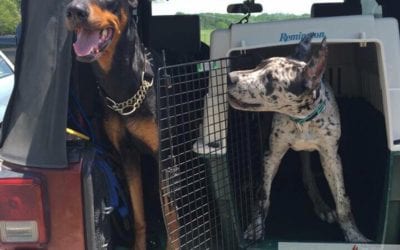 Welcome to Board and Train

END_OF_DOCUMENT_TOKEN_TO_BE_REPLACED 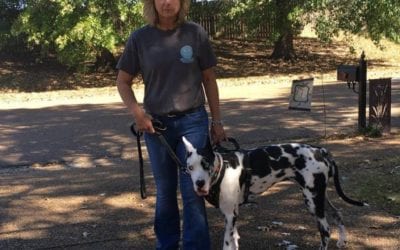 Resources facebook Youtube K-9 Quick Tip: Choosing a Trainer. What to consider when choosing a dog trainer... Dog training is a very personal thing. You are trusting someone to permanently influence your pup. Most times you are allowing a stranger into your family....

END_OF_DOCUMENT_TOKEN_TO_BE_REPLACED 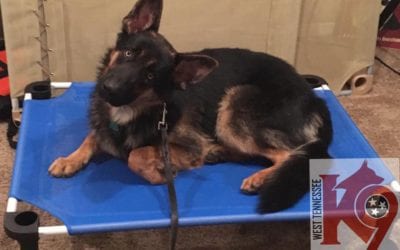 Should We Get a Second Dog?

Resources facebook Youtube We want to add to our pack. Second dog… yes / no? Why? This is an everyday question. None of us want our pups to live alone. Often times, we don’t feel like we can give our pups the time and attention they need. Using our basic reasoning...