10 Things You Can Do Today To Effectively Train Your Dog

There is so much information out there, in regard to dog training. Some of the information is good, some bad, and some that is downright dangerous.

As in any relationship, communication is the key, to success. When we get new dogs, whether adults or puppies, we all use food, to communicate with them. Nearly all dogs will work for food, so this is absolutely the right place to start.

This, however, is where most of us stop. We never take our communication to the next level. The most important communication tool, in your toolbox, is a leash. The leash is both a physical and visual communicator. Dogs require both, to learn.

Correction is something that is rarely talked about. Why do you think that is? It’s because, it isn’t a popular subject. No one ever wants to talk about punishing their dog. I don’t care how “at one” you are with your pup, how peaceful you are in your spirit, if the dog destroys enough stuff, or causes you too much stress, the dog either gets punished or gets gone.

So, when I talk about correction and punishment, what do I mean? A punisher is anything negative that the dog cares about enough, to change the unwanted behavior. For softer dogs, a firm NO, with a quick leash pull, may do the trick. Harder dogs may require a harsher correction, from a prong or E-Collar. There are so many punishers on the market. There are flat collars, choke collars, Martingale collars, slip leads, dominant dog collars, prong collars, electronic collars, pet correctors (compressed air), various noise makers, gentle leaders, head halters, and the list goes on and on.

The primary point I want you to get out if this, is the punishment has to fit the dog, and the crime. You don’t want to give a pup, that pees on the carpet, the same punishment you would give a dog that is trying bite you. Keep the punishment in line with what the dog responds to, and nothing more. If you continually overcorrect, you will end up with a super scared dog, that has a broken spirit.

It’s simple, to get rid of bad behaviors, use a punisher the dog cares about.

We can’t talk about punishing, without talking about reward. Reward has to be the foundation of your training. If you spend all of the time with your dogs, yanking them around, issuing correction after correction, you are actually beating your dog into submission. This is a fear technique used by dog owners, and even trainers, every day. If you do end up with an obedient dog, by doing this, it is because the dog is scared. Scared is no way for anyone to live.

We don’t want a scared, submissive dog. We want a dog that is willing to work for us. We want a dog that, when called, looks your way, expecting something good. We want a happy, wagging tail, when we are working and training. The only way to get that is by rewarding good behavior.

A reward can be anything a dog likes. The most common ones are food, treats, affection, and toys. You can teach a dog, just about anything, by using leash pressure and reward.

This is a big one. Could you imagine a world, in which humans had no boundaries? I am sure you can, just look around you. Look at what is happening in other nations. Without boundaries, there is chaos.

Another word, for boundaries, is rules. With the right rules in place, chaos and stress will quickly, turn into order and peace.

We live in society of marketing geniuses. We are marked to, continuously. Why is this important? Let me tell you. Twenty or thirty years ago, dogs were, primarily, outside pets. Marketing geniuses changed all of that. Dogs were made to be more and more, a part of the family. Dogs quickly became humanized. We started looking at them, as family members, and not dogs. Then, we allowed them to be in the house. They got expensive, store bought food. We started buying them beds, toys, and even clothes. They were given access to our beds and our furniture. Homes run by humans, quickly became homes, run by dogs.

I am, in no way, saying dogs can’t be part of the family or get on your furniture. That is a personal choice. What I am saying is, if your house is out of order, and your dogs are running your house, causing chaos and damage, there needs to be a change.

The quickest way to bring order, to a house run by dogs, is to put rules in place, and enforce them. Stop treating your dogs like humans, and treat them like dogs.

An example of this is jumping. A puppy learns to jump, even before it leaves its mom. The puppy jumps on its litter mates, to compete for mom’s attention, food, and space. When a human is introduced, the jumping carries over. Human comes into the picture, and the pup jumps on them, to get their attention. What happens then? The human picks the puppy up, in essence, rewarding the puppy, for jumping. This jumping behavior has happened over and over, with a reward nearly every time. This unwanted behavior in now an entrenched, learned behavior.

So how to you get rid of unwanted behaviors? It’s really pretty easy.

This one is the glue that holds everything together. It is the magic pill that will change everything.

Dogs naturally react on impulse. If something moves, they have to check it out. If there is a noise, they have to bark at it. If food drops to the floor, they have the eat it, and the list goes on. The secret, to a calm, well behaved dog, is impulse control.

Duration work means having the dog hold a position, for long periods of time. I prefer the down, or down on place, position. Of course, the dog will have to know what down and place mean. So, teach that first. First, work on the dog holding a down stay, for short periods of time, in a calm, quiet environment. Increase the time with each session. After you get up to a fairly long time, maybe 30 minutes to an hour, begin adding distractions. If the dog breaks command, or pursues the distractions, correct.

What this exercise will do, is teach the dog to turn off, to just relax. You are actually giving the dog permission to turn off. Once the dog understands this, it will change your entire relationship with your dog. This will create a calmer dog. Who doesn’t want a calmer dog? 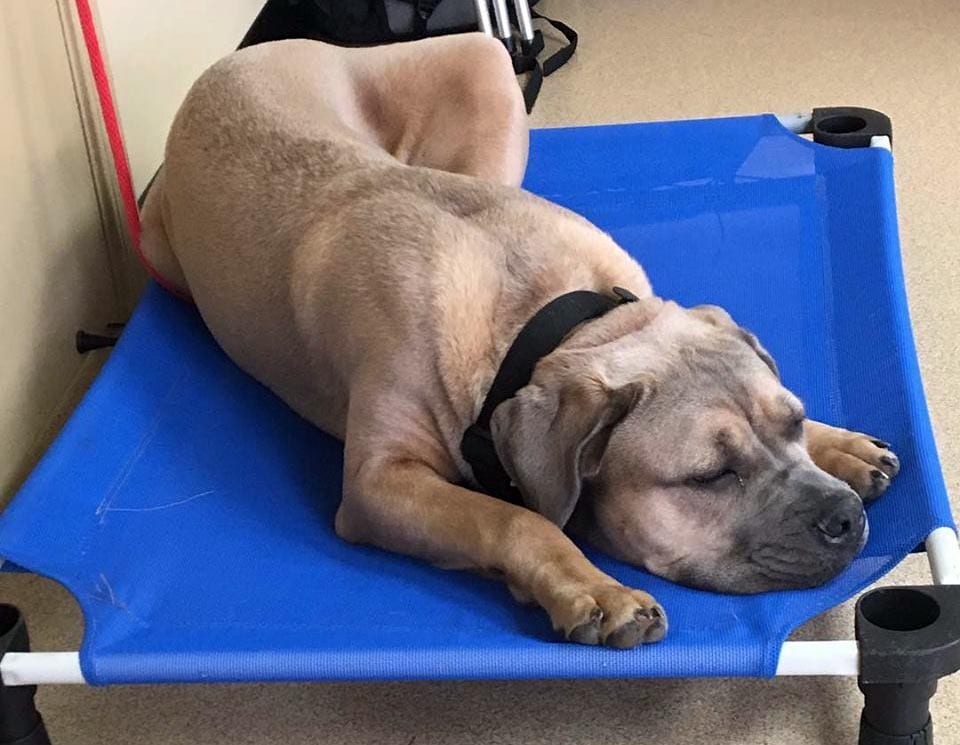 The primary difference, between basic and advanced obedience, is distance. That is how far you can get away from your pup, and they still respond to commands.

To begin, make sure your dog is solid on the basics, right in front of you. Then, start moving farther and farther away. You will need to take it slow, one step at a time. But very quickly, your dog will begin responding.

Make sure you utilize the tools available to you. You will need to use a long lead or an E-Collar, to give you control, at a distance.

Being a good leader is, by far, the most important role, on which you can improve.

Your dog looks to you, for everything. They require you to provide food, shelter, affection, and discipline. If left on their own, they likely won’t survive. You are their provider and protector. You are 100% responsible for their well being.

You very rarely hear anyone talk about leadership, in reference to dog training. You always hear things like, you have to be the head of the pack; or, you have to be in control of your dogs. When I hear Master, Head of the Pack, or In Control, I envision a ruler, or dictator.

When we get a new pup, we have a great vision, of how things will go. We will play with them. They will be our best friend. We will go to parks and festivals, and play dates with friends. Although theses thing are great goals, we seldom picture what it will take to get there. We so easily forget about the work.

To a get a dog to a good place, we have to do the work. We have to take the time and have the patience, to get them there.

The most important part, of this journey, is structure. Having structure, in a dog’s life, will make them better, calmer, and more confident. Structure simply means having non-negotiable rules and a schedule.

Here are a couple of tips that will save your sanity and, possibly, your dog.

Dogs have nothing, but time. If they decide they want to fight with you, I promise you won’t win. At least, not during this session. Dogs have nothing but time. They will fight with you all day, if you give in, to their antics. The best thing you can do, in this situation, is put them away; preferably in a kennel. The kennel is processing time. After you both have had some time to cool off, it may take hours, and not minutes, then, begin again.

Working with a dog, while you are aggravated or angry, does no one any good.

Because we live in a right now society, we expect training a dog, to be the same way. The reality is, it takes a dog lots and lots of repetitions, to really learn and understand something. So, instead of looking for a giant win every session, look for the very small ones. The small wins, over the long term, will add up, to a well trained, obedient dog. 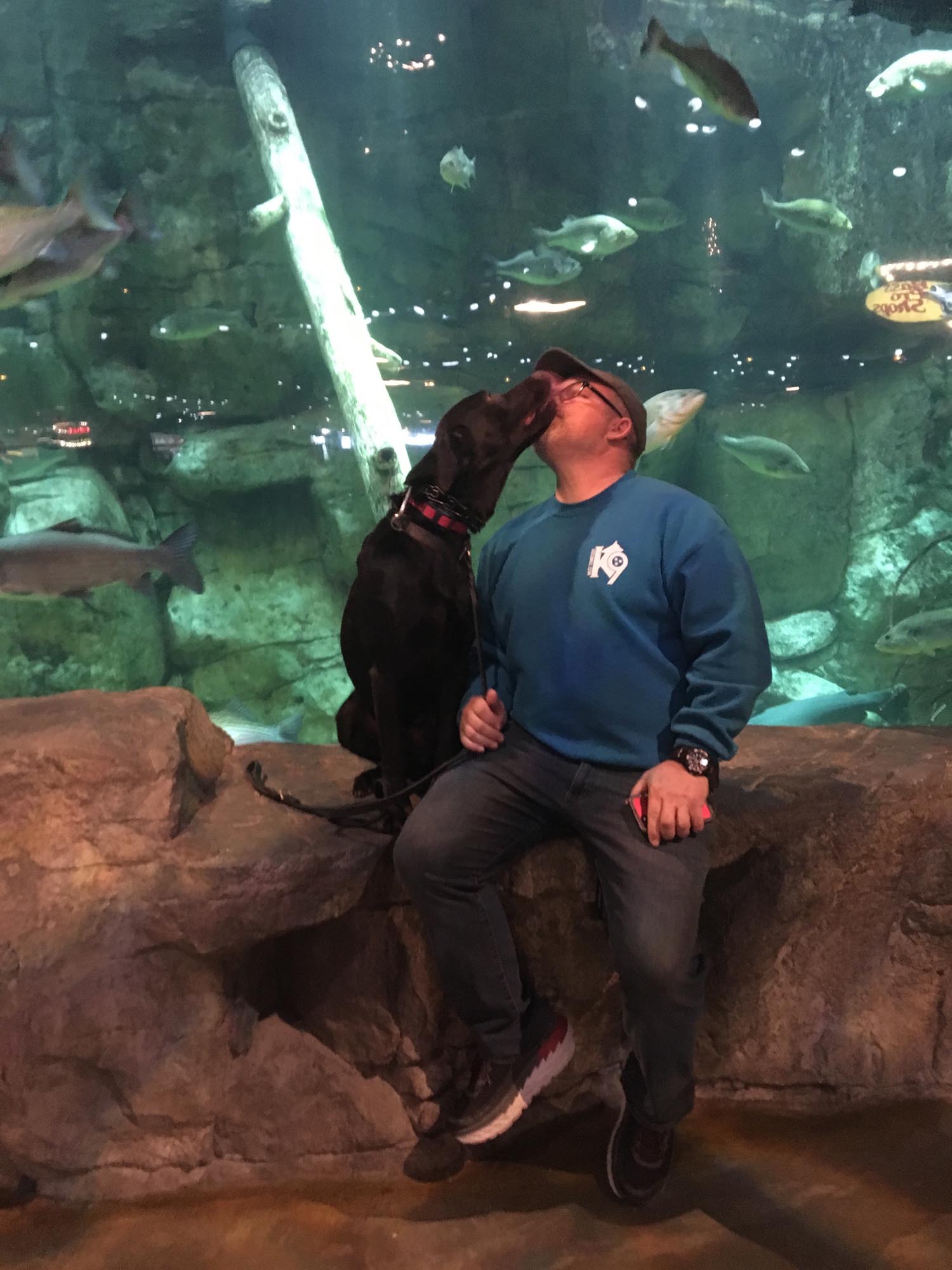 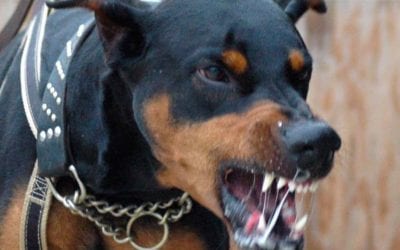 Who is Protecting Who?

Who is the protector in your relationship? Do you protect your dog, or does your dog protect you?

END_OF_DOCUMENT_TOKEN_TO_BE_REPLACED 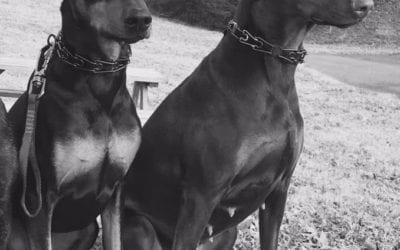 Are You Being Judged or Judging?

facebook Youtube Are you being judged or are you judging? This is worth the read.. This is a real question. It’s a question we need to ask ourselves. How many times have we looked at the dog going crazy, on the end of a leash, and said, "They clearly aren’t doing...

END_OF_DOCUMENT_TOKEN_TO_BE_REPLACED

We have a very active social media following- join our community to check out our how-to videos, Q&A's, and more!